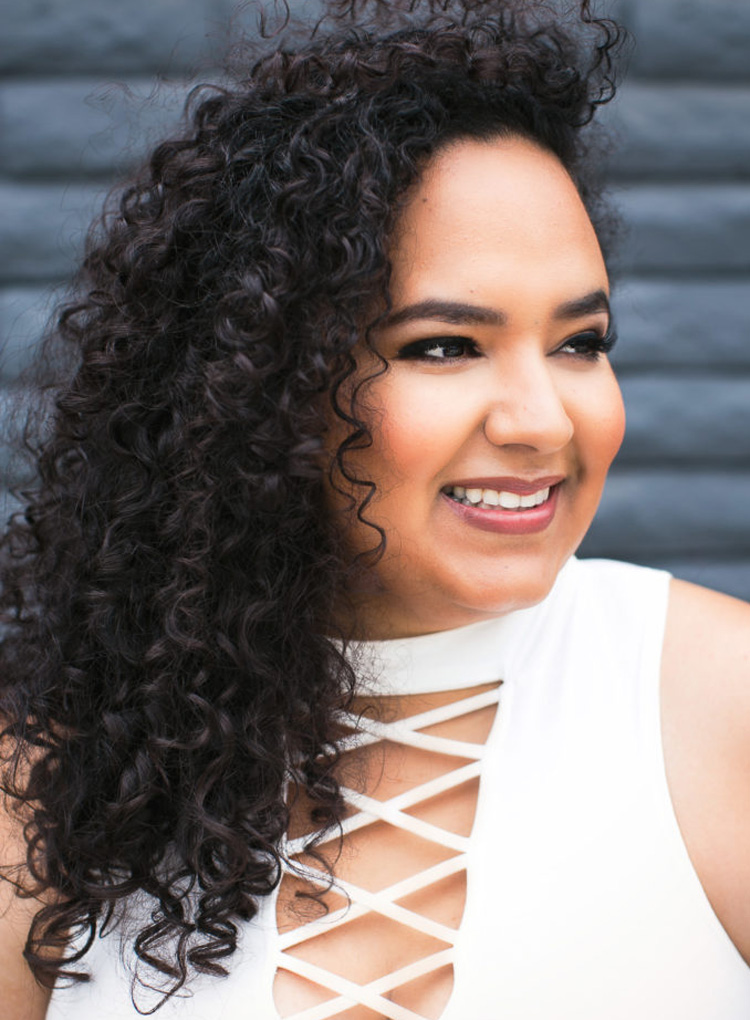 My Superpower: Resident Jack of all Trades- there’s nothing I can’t or won’t figure out!

Pick your Poison: Water is life! But coffee doesn’t hurt ???? (and neither does whiskey!)

My perfect Sunday: Hanging out with Luna + my nephews, a long painting session with some Netflix or Spotify playing in the background

Next trip on deck: Paris

Ana was born in El Salvador and raised in California. She’s the Director of Production at Sterling Engagements and has been Alex’s right hand for 10+ years as well as an integral part of the company for 12 years. She’s a team leader both in the office as well as onsite at events and has a natural ability to always go the extra mile to make everyone from the team to clients to partners feel so very welcome.

Aside from the infinite warmth and punchy personality she brings to the team, Ana has a natural knack to be the perfect yin to Alex’s yang — always balancing that uber imaginative creative mind she has back to a practical place aka the favorite “hole puncher to the boss lady”.

Ana began her journey at Sterling Engagements as the favorite intern while she was pursuing a Hospitality Management degree at The Collins College at Cal Poly Pomona, transitioning it into a career with the company following graduation. She’s involved in every detail of an event, from ideation to production and thoroughly shines when it comes to all artistic components of design. When a design is conceptualized, Ana is often the mind that figures out how to achieve, construct and produce it. From fabrication to graphics and everything in between, Ana has a multidisciplinary approach to everything she touches. She’s a Libra through and through, always keeping the peace and balance, possessing a true gift for problem solving.

When she’s not glued to her laptop or traveling across state lines to the next destination, you will often find her spending time with family and her fur babies or doing work with Kitten Rescue LA. She is an artist at heart, so you can always find her elbow-deep in one art project or another both in and outside of work.

Her cheerful, fun-loving but always practical demeanor has been a tremendous blessing to the Sterling team, but watching her evolve down an equally colorful and very creative path into her many roles has been beyond gratifying. It’s no secret how adored Ana is to the team and we continually look forward to watching her further grow her exceptional footprint within the firm.

Michelle Molin was born and raised in San Diego, California. She moved to Los Angeles after graduating from the University of California, Santa Barbara, and has fortunately filled her life with sunshine, culture, and beautiful beaches along the way.

After moving to LA, Michelle pursued a career in entertainment marketing for the first few years until she decided to follow her true passion for events. Michelle is an eternal optimist and hopeless romantic to her core, so of course, it was an instant connection at first sight when she and Alexandra first met, as they’re two peas in a pod!

Sterling Engagements was Michelle’s first toe-dip in the water to events and since then she’s developed her role in the industry as well as continued to foster an even deeper love for all things weddings specifically.

From design to coordinating logistics to detail after detail, Michelle loves to help couples turn their vision into a reality and make their wedding dreams come true.

Michelle’s endearing personality and calming while supportive nature instantly makes her the perfect balance to any wedding day, too.

When Michelle isn’t working her tail off on your wedding day, you can find her busy as a bee exploring LA, trying new workouts, and spending oodles of quality time with her friends and family.

Michelle is as passionately curious as they come, tapping into her fiery zest with all things pop culture from the latest restaurants and happenings to fashion, beauty, and interior design too. Her interests are a secret weapon at the office though, as her curiosity has given her a wealth of knowledge in so many ways that have organically utilized in her designs and added valuable contributions to our creative sessions. 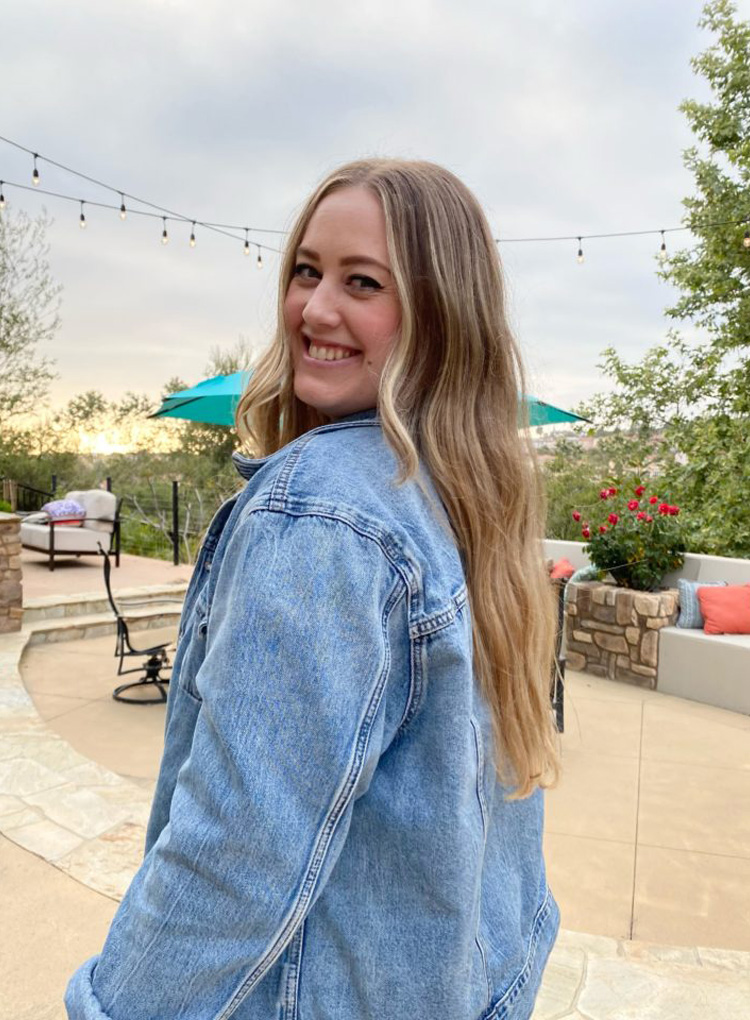 My Superpower: I’ve got magic eyes—there isn’t anything that goes unnoticed, any mistake I don’t catch and any detail not perfected

Pets:  My family dog, Layla – the sweetest girl ever! Dog person for life

Next trip on deck: My home away from home, Santa Barbara! And a little trip to the East Coast to visit some friends and family. 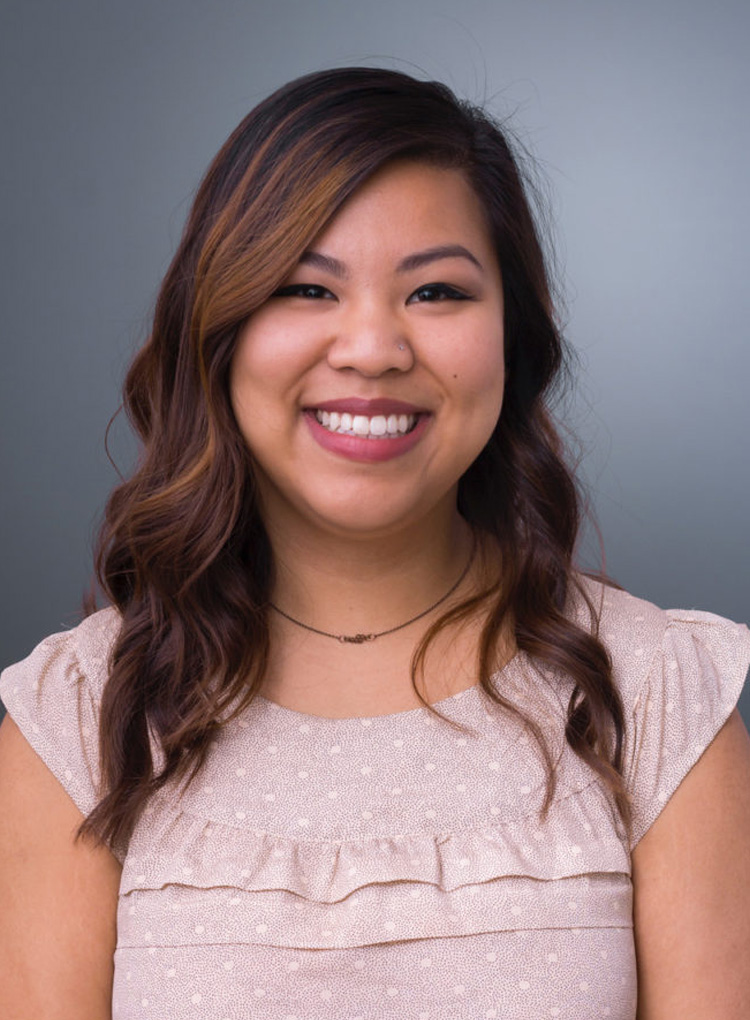 My Superpower: remembering everything– from random details to what time everyone in the office has appointments.

Favorite Release: cooking and baking while listening to Taylor Swift.

Pets:  Tillie, a rescued husky and GSD mix. She is my whole world.

Pick your Poison: A nice glass of wine or anything citrusy and refreshing.

Favorite Sports Team: I am not a sports fan. I may root for the SF Giants if anything.

My perfect Sunday: Taking a slow morning by sleeping in and a little stretching while my partner takes the dog out, heading to Babette’s for a ham and cheese croissant and whatever tickles my fancy that day, exploring a neighboring town for some window shopping and a cute lunch, and finish with take out at home curled up on the couch, twinkle lights on while watching a movie.

Next trip on deck:  Hopefully Vietnam and SE Asia

Monica was born and raised in Monterey, California. She studied film production at San Diego State University in 2015 and moved to Los Angeles in 2017 to pursue working in the film industry but changed gears after realizing the lifestyle was not for her.

Monica is and was a food blogger when we first met her, running the incredibly tasty, informative, and approachable account, Mawnie Eats. Alexandra and Monica initially connected through a women’s hiking group after Alexandra posted about needing independent, organized and quick-moving overflow staff for the week. After week one she was extended to week two, followed by a month and then two, and then eventually offered a full-time position. But truth be told, neither Monica nor anyone at Sterling knew that one week would turn into almost four years, yet from day one, Monica became invaluable to the team.

As the executive coordinator, Monica supports both Alexandra and Ana in a myriad of roles from admin to research and content creation to various production needs. ​

Her forward-thinking, ability to multi-task swiftly and incredible knack for staying calm under pressure has made her a solid pillar of support to them both.

As a blogger and influencer in food, Monica additionally adds a very unique perspective to our creative sessions which has made her a valuable resource when it comes to our experiential division.

Monica loves to go out and try new foods, places, and all experiences from fine dining to street bites.

Mawnie Eats has allowed her to experience new things in Los Angeles and beyond as well as share her knowledge and expertise with the team.

She also creates recipes and loves to cook—so of course tasting her out-of-office creations is just the icing on the cake with all of her in-office skills.

During the pandemic, Monica and her partner moved to Colorado where she is now based but keeping her remote during this unique time and as we’ve started the journey back was a no-brainer. While we miss her physical presence, she’s such a strong force on the team, her role can virtually be done anywhere the wind blows her.

Matthew McCallum
“Matt with the Hat”

Matthew McCallum aka Matt with the Hat has been an essential part of the Sterling Engagements team for the past 8+ years as the Senior Production Manager.

From childhood he was raised by an artist mother, thus his career slowly transitioning from hospitality to event production and design with a focus on bright colorful events was a natural progression. Matt is a veteran in the hospitality and live events industry with 20+ years under his belt that has taken him from New York to Los Angeles and everywhere in between. Ranging from food & beverage catering to venue management to associate producing large galas and high-volume ticketed events — Matt has played a vital role in logistics and execution.

His experience has progressed him to be a man of many hats, as so the name goes, over the years– he’s known for creating and commanding an easy, fun, creative, stress-free environment for our partners, team plus clients too.

“We are throwing parties after all, right?” is always his approach and motto. On events, you will find him, obviously with a hat, making every person on the job laugh, smile, and not take anything too seriously, all while still getting the job done to perfection and 3-5 minutes earlier than it’s been timed to be. 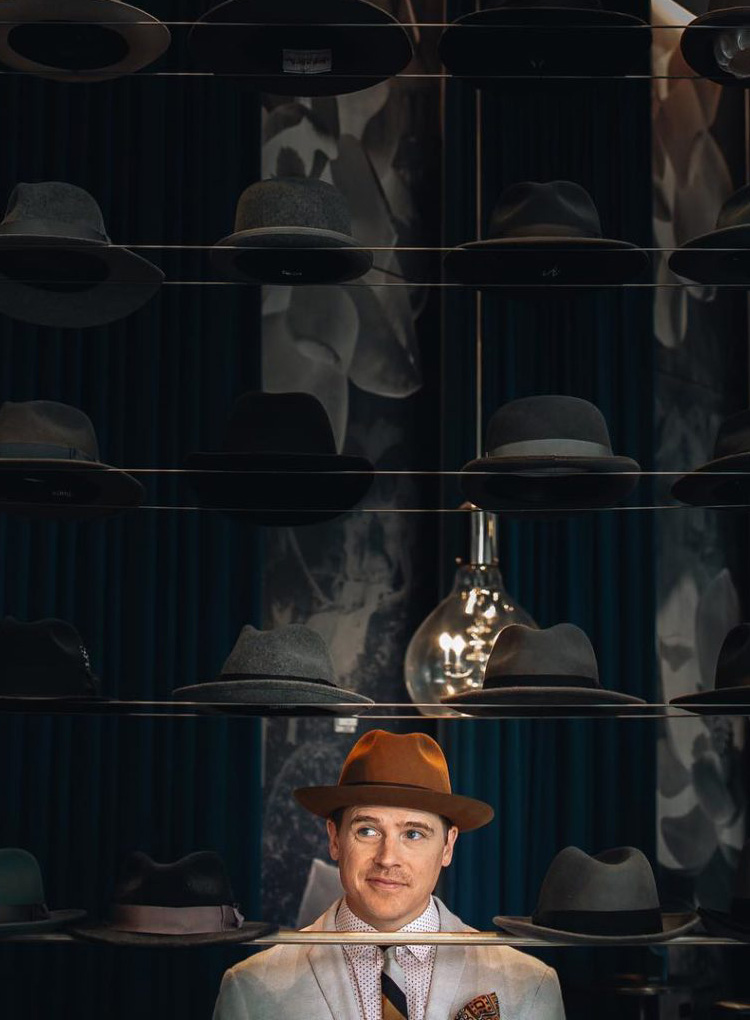 My Superpower: I anticipate needs before you know you have them

My perfect Sunday: farmers market followed by a nap

Next trip on deck: Portugal & Spain